After looking carefully at a large number of shallow-water sediment samples from the North Carolina Coast, Rebecca and Jessie have found chemosynthetic animals from three animal phyla. These animals live in symbiosis with bacteria that provide all nutrition to them. 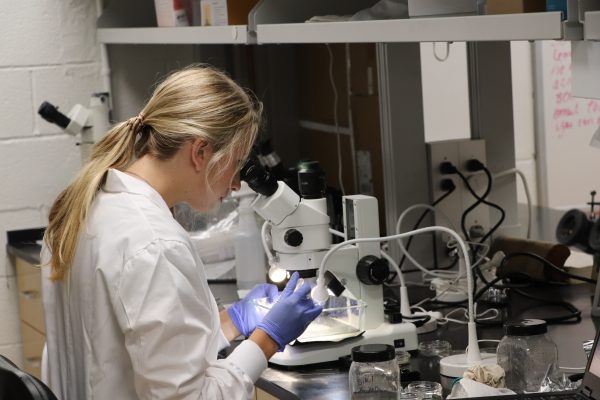 Gutless marine worm (annelid, symbiotic segmented worm) sampled at the <a href="http://www.nc-wreckdiving.com/WRECKS/AEOLUS/AEOLUS.HTML">Wreck of the Aeolus</a> near Beaufort, NC. 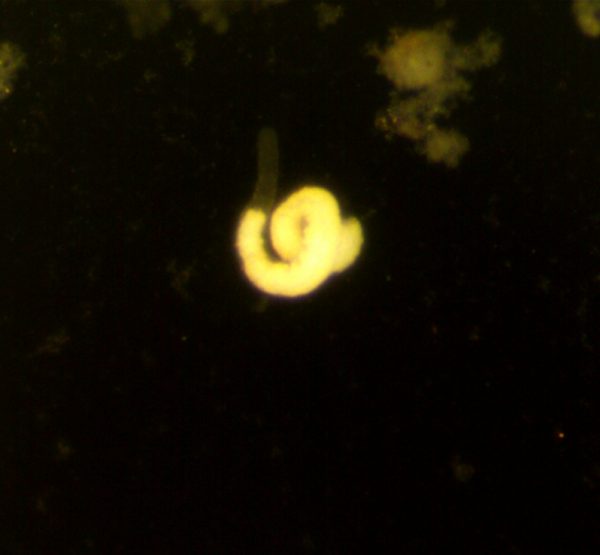 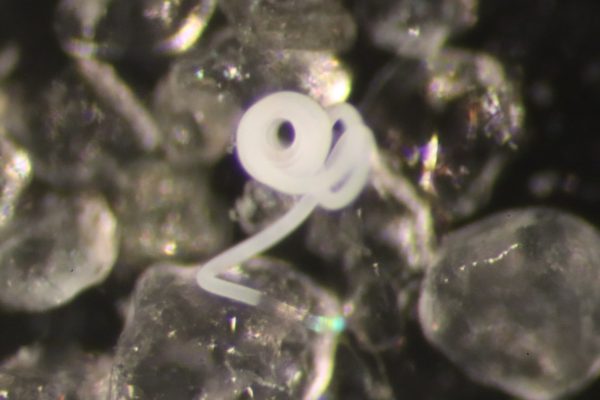